The World Rally Championship has done a good job of introducing Estonia to the wider world. Throughout the years, Estonian rally drivers have been in the picture and the recent successes of Ott Tänak and Martin Järveoja and their leadership positions at the World Championship series has really raised awareness.

Shell Helix Rally Estonia organisers have also set themselves the goal of holding the best rally in the world in Estonia and to bring the WRC stage there. In the beginning of March, a big step was taken in that direction with the signing of the cooperation agreement with Oliver Ciesla, Managing Director of the WRC promotion series. 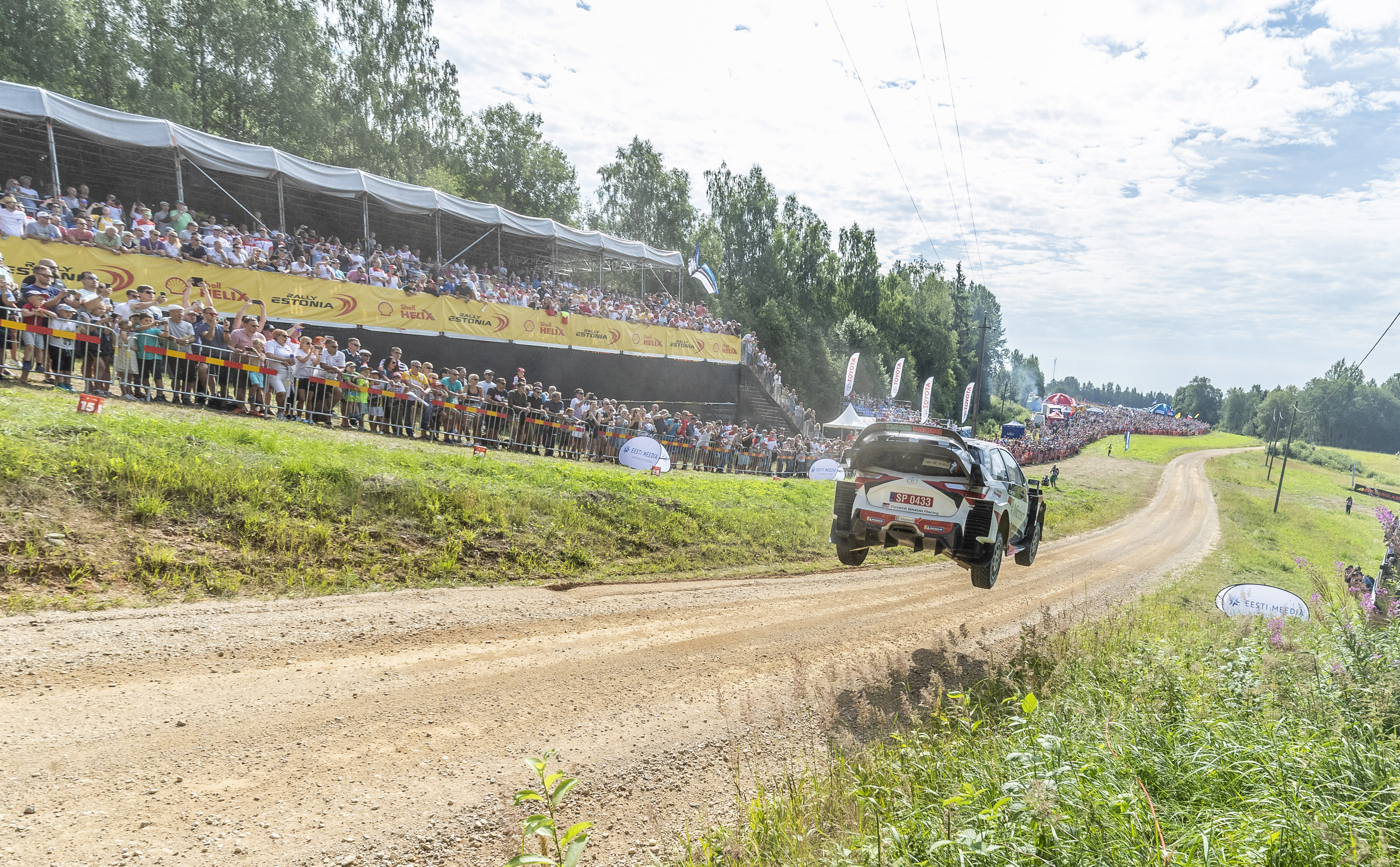 According to the contract, the official WRC promotion rally will take place in Estonia in 2019. This format will be used for the first time ever, and it will bring the leading rally drivers of the world to South-Estonia. Ott Tänak, Thierry Neuville, Elfyn Evans and Sebastien Ogier are some names who may start at Rally Estonia.

The decision of the Estonian government to support Shell Helix Rally Estonia with 980 000 euros is pivotal and demonstrates that organising such a grand scale event is very important to the state. On the other hand, it creates positive stress for the organisers who have to put on an event that stands out from other World Championship stages with  the kind of innovativeness Estonia is known for. It is no secret that in order to bring the event to Estonia, we had to compete with countries who have a long tradition of organising rallies, as well as with new countries in large markets such as Japan and Chile.

Urmo Aava, Director of Shell Helix Rally Estonia, talks how to take advantage of Estonia’s small size, the trust and expectations of the state, private supporters and international organisations placed on the organisers, and about the likelihood of actually having the WRC stage take place in Estonia.

Urmo Aava (UA): We have worked for three years in the name of this specific format. For three years we presented to the promoter the idea that there should be an intermediate stage between a local rally and the WRC stage. A promotion rally means that in terms of the competition and the organisation we can use the same elements that we already know from WRC rallies. It means that all four WRC series teams have been invited to participate in Shell Helix Rally Estonia; the event can use the official WRC branding and through the marketing activity of the WRC promoter, awareness of Estonia as an attractive tourism destination will grow. The permission to organise the official WRC promotion rally shows respect for the entire Rally Estonia team who has dedicated eight years of its life for this. It is a sign that we have been moving in the right direction and have done things well. It has mattered to the Estonian state, the WRC promoter, International Automobile Federation FIA, our supporters throughout the years and to all rally fans in the region.

What can we offer to the WRC series and what is our advantage?

UA: First, we have taken a clear approach for some years saying that our market is not just Estonia but the Baltic States. This means that the market is already 6 million people, the same size range as Finland. One of our definite goals is to raise the number of foreign tourists, which has been on the increase throughout the years. As weird as it may seem, the small size of Estonia is also our advantage. We are able to react faster in every situation and make decisions quickly. I don’t mean only the activities during the rally but also in preparations.

Organising the official WRC promotion rally in Estonia provides the organisers, the promoter and FIA with the opportunity to test several innovations developed by Rally Estonia in a competition environment. From the perspective of the audience, the rally needs to be easier to consume. We believe that all these innovations will have a positive impact on rallying as a sport in the rest of the world too. It is extremely important for all counterparts that we very strongly emphasise the safety and attractiveness of rallying.

For car manufacturers and their teams, it is very important that we can offer an additional outpost in the WRC series that covers a new market area: the Baltic states. 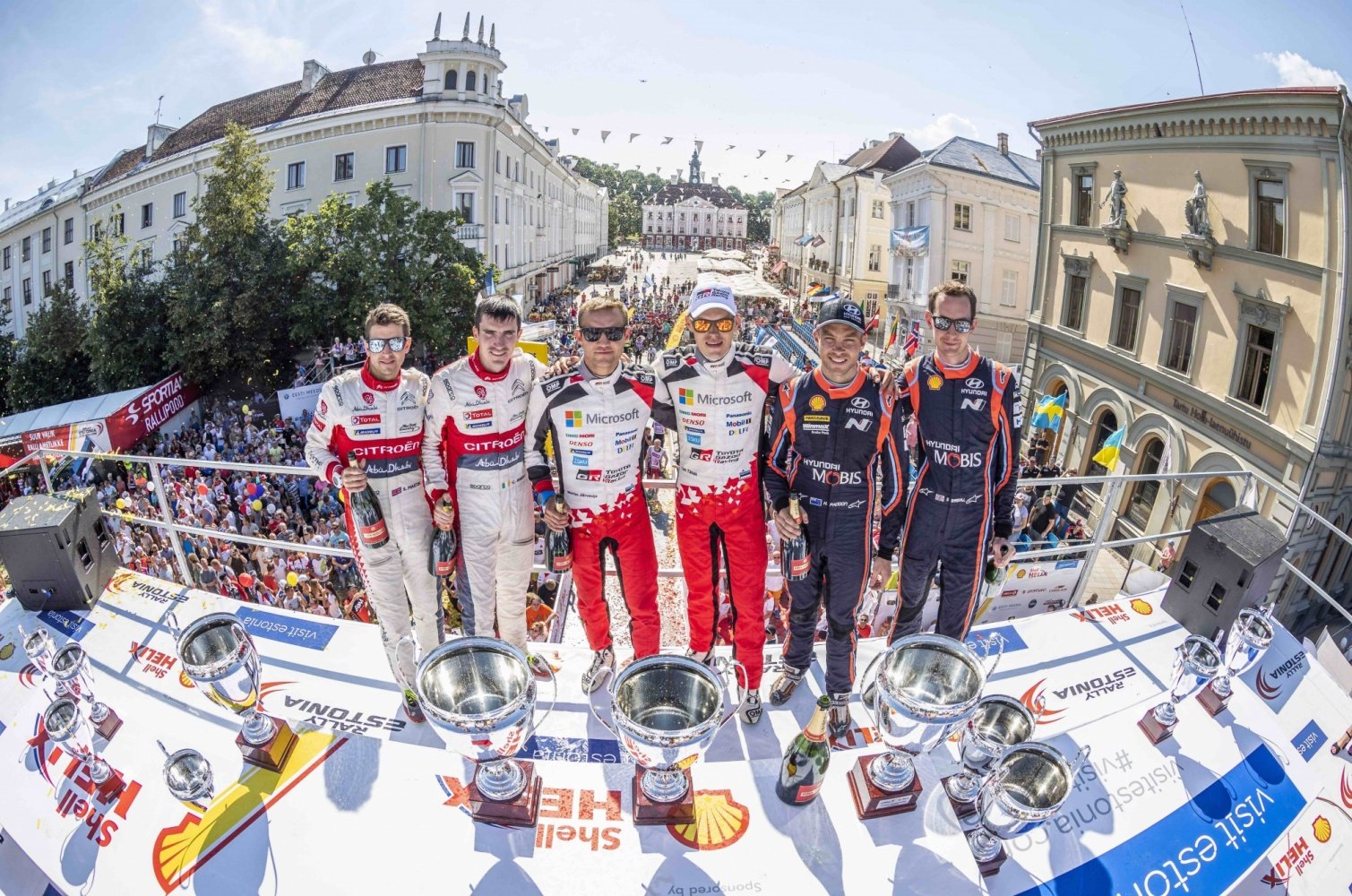 What are the innovations?

UA: We have a clear vision of what the future of rallying should be like from the perspective or organisers, drivers and spectators. We want to combine two very important keywords: safe and attractive. We have built special areas for the spectators that we introduced last year for the first time. These have been selected very carefully, there are large parking lots, an attractive speed test section, with jumps and curves and safe places for the spectators that offer a great view. Those areas have everything from catering to large LED screens, where you can watch the rest of the rally live, and entertainment by the best artists in Estonia.

Estonia is known as one of the most innovative countries in the IT sector. It is our wish that in the rallying world too, new IT solutions will come from Estonia. Whether it be an app for spectators where you can find answers to all your questions ranging from booking accommodation and buying the rally pass to navigating the race and viewing results. The other side is the organisational part of the rally where we can create new IT platforms that help organisers sell and check tickets and direct service personnel to the areas where they are needed most and to secure safety during the rally. The third stakeholder is the management of the race, which ordinary people have no idea about. We also see new opportunities here that would help make the rally safer for the driver as well as the spectator.

UA: In addition to Estonians, this is the nearest place for many of our neighbouring countries where they can see the top rally drivers of the world and their teams compete. Ott Tänak, Thierry Neuville, Elfyn Evans and Sebastien Ogier are some names who may start at Rally Estonia. Our goal is to bring not only WRC teams but also strong drivers of the so-called WRC support classes – WRC2 and Junior WRC – to Estonia. Last year we did a lot of work on the roads where the speed tests are done. Hence, we can offer WRC drivers similar conditions to those in Finland and also the spectators in special audience areas will benefit from it.

But the speed tests are just one part of the big rally weekend. It is not without reason that we have introduced ourselves as the biggest motosport event in the Baltic states. Rally Estonia will take place simultaneously in several locations. Tartu, the second largest town in Estonia, will be the entertainment centre of our event. A Formula 1-style, two-level podium at Tartu Town Hall Square and the opening and closing ceremony of the rally have become trademarks of Rally Estonia. Also, city tests will take place in Tartu and Elva. In Tartu, next to the stage, there will be the autoEXPO, which showcases different technology. In terms of entertainment, we are planning official rally concerts and at the Tehvandi stadium in Otepää  you can watch mechanics at work at the rally’s maintenance area. My recommendation to everyone is to come here for an entire week, not just the weekend, in order to benefit from Estonian hospitality and have a great time.