After two days of intense competition on 15th and 16th of October in Tallinn, Estonia, Norway won the title of Bocuse d'Or Europe 2020.

Mrs. Kersti Kaljulaid, the President of Estonia, presented the award to Chef Christian Andre Pettersen from Norway who impressed Régis Marcon, president of the International Organising Committee, and the judges with his dedication, quality of the food and flavours. “They really understand how to work with the food,” said the President of Jury Philip Tessier. “I am really looking forward to see what they bring to Lyon.”

The winner was followed by 15 other competitors: Denmark took the second place, Sweden the third one. A total of 10 chefs qualified for the grand finale which will be held during Sirha Lyon (France) from May 29th to June 2d, 2021:

For this continental selection, the Bocuse d’Or was held in a new promising gastronomic destination - Estonia. The unique themes – Estonian quail and eel catfish – enriched the Bocuse d’Or world with new and interesting flavours. The chefs had quite a challenge to win over the judges with components that are yet to gain wider recognition in the culinary industry.

According to the honorary president Clare Smyth the level of chefs was remarkable. “It was incredibly close competition. There are so many really exceptional chefs and I’m glad there is such an experienced jury because it’s such a responsible job to get this right,” said Smyth.

Due to COVID-19 the event was held without wider public in Saku Arena in Tallinn. Nevertheless, the chefs have been quite exceptional, and everyone was very happy and moved to be gathered for one of the only international gastronomic contests held this year. The level was high as ever and the live broadcasted format of the contest maintained the captivating sport event atmosphere that Paul Bocuse had always had in mind.

Bocuse d’Or is the world’s most prestigious culinary competition, launched in 1987 by world-famous French Chef Paul Bocuse. Every two years the Bocuse d’Or Finale brings to Lyon, Paul Bocuse’s hometown, together 24 best chefs from all over the world, who make their entries in front of the spectators. 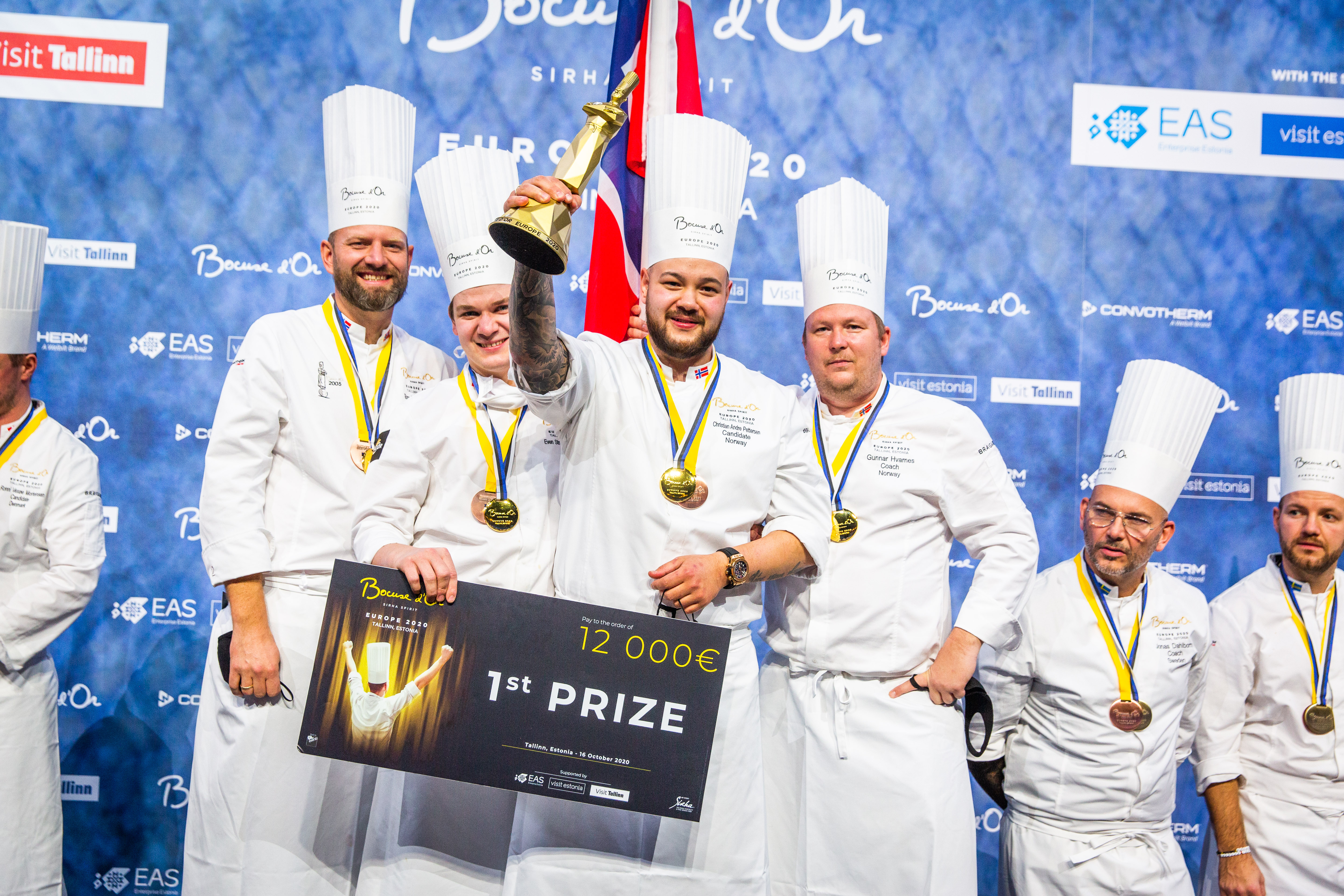