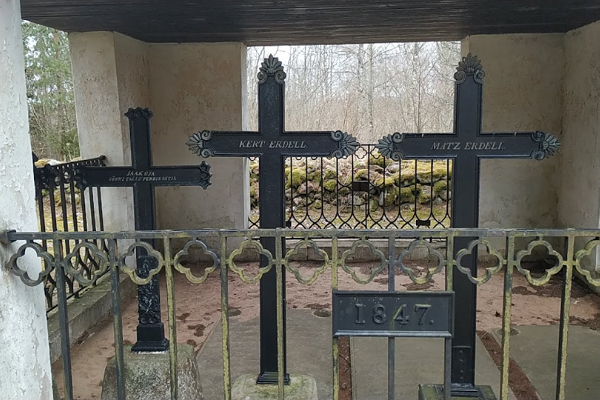 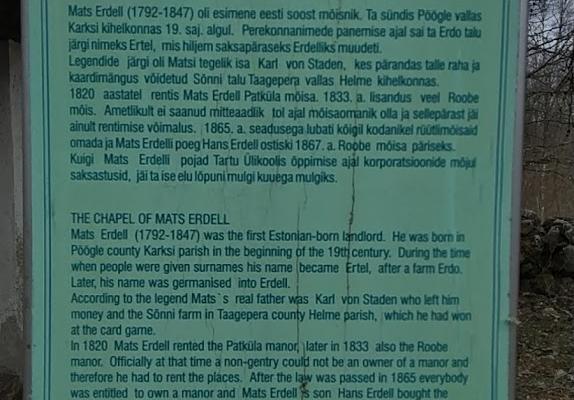 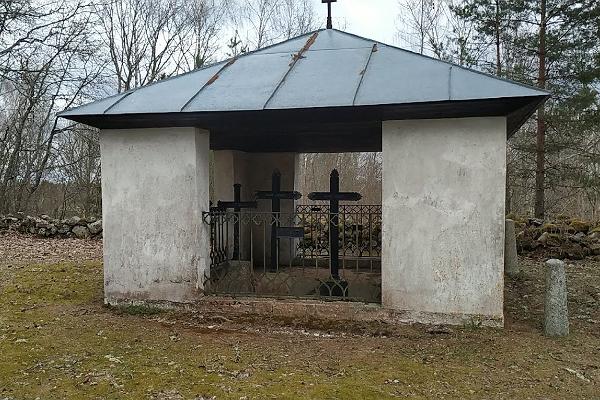 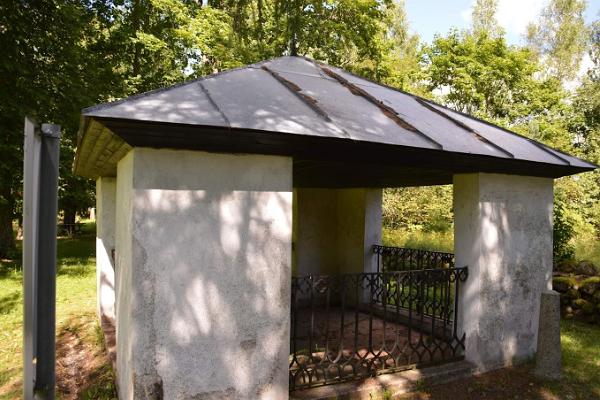 Ala Cemetery is not far from Taagepera and the chapel of the first Estonian squire Mats Eredell is located in its southern end. It is also the resting place of Mats’s wife Kärt, son Friedrich Bernhard and another descendant of Mats. Mats Eredell was the owner of the Sõnni Farm in Taagepera. One of his descendants, Hans Erdell, bought the Roobe Manor in 1868. It was one of earliest purchases of its kind in the history of Livonia.
Interesting facts: Mats Erdell (1792-1847) was the first Estonian squire.