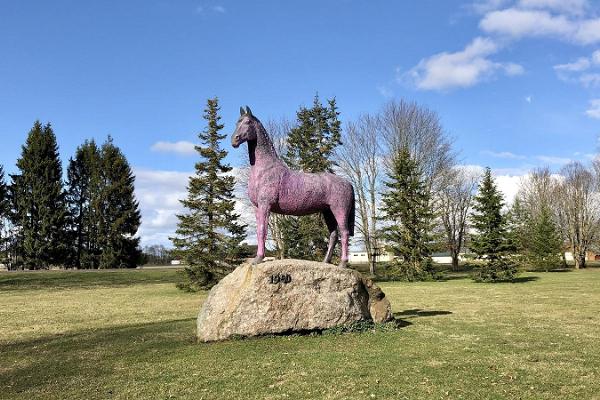 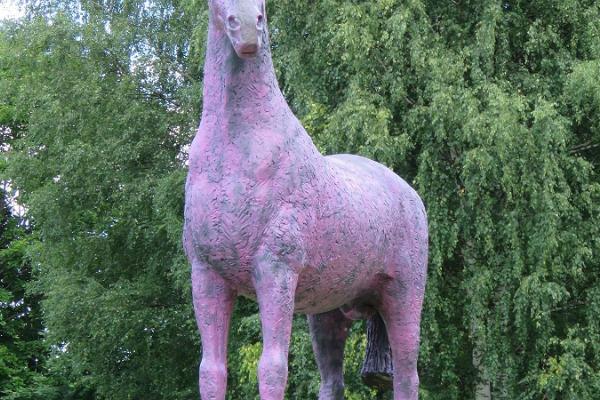 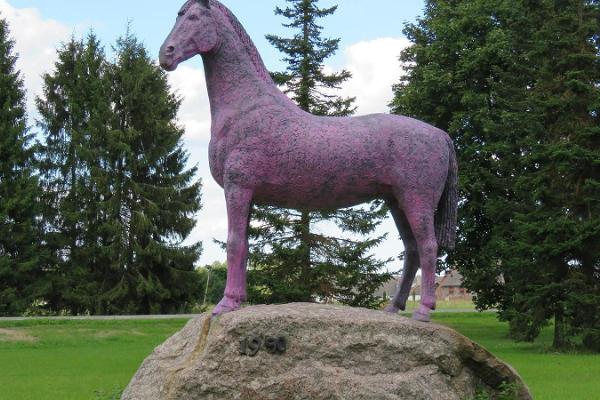 On 1 May 1990, the 70th anniversary of the state farm was celebrated in Luunja. As horse breeding and horseback riding are traditional in the Luunja rural municipality and horses are still bred in the manor, a monument was erected there to celebrate man’s best friend in agriculture – the horse. The author of the bronze horse monument is Endel Taniloo.

On the night of 19 June 2017, the sculpture was painted purple. It is not known who did it. According to folk tradition, the horse became so angry it turned purple because in the course of the administrative reform, Luunja rural municipality almost had to join the city of Tartu. Fortunately, the rural municipality was able to maintain its independence.

The monument is located in Luunja, a 15-minute drive from Tartu, near the Põvvatu-Luunja highway; in the immediate vicinity of Luunja Park and the Rosarium. 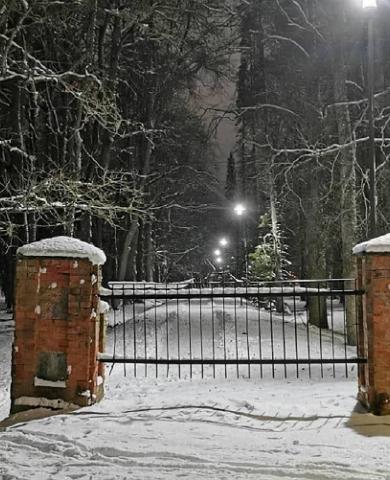 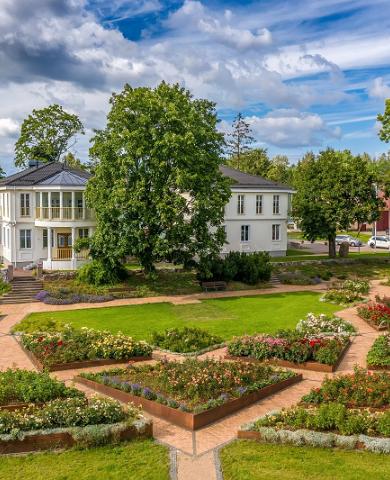