Memorial for people executed during the II World War 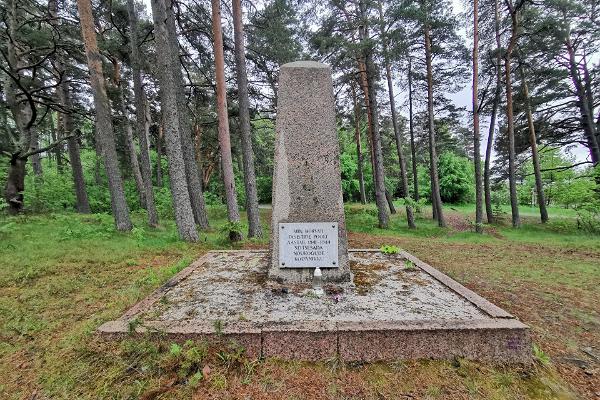 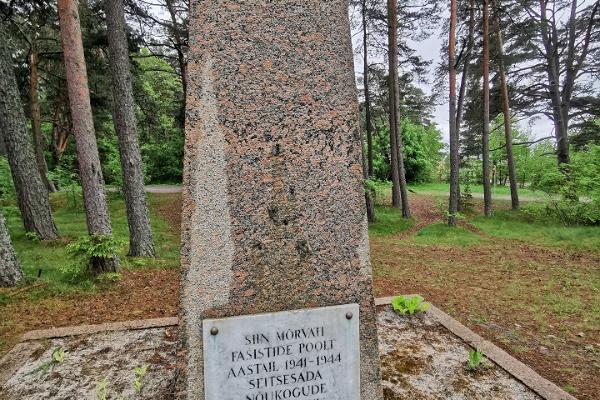 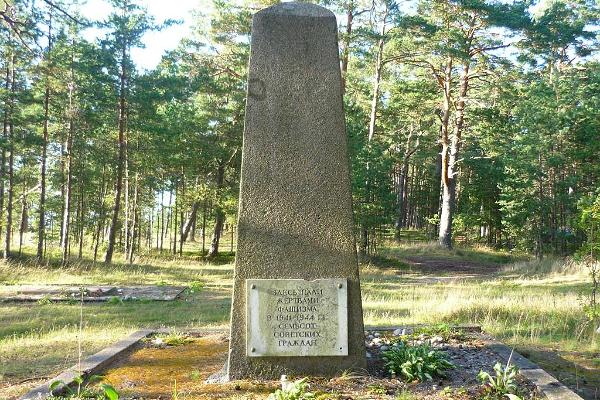 "Here, the Nazis murdered seven hundred Soviet citizens between 1941–1944." This is a short obituary on a plaque of the historical monument which has been erected on a mass grave in Rae woods. At the end of Rae road in a pine grove by the sea, you will find two memorials – one was probably erected in the 1960s and the other after the Estonian Republic regained its independence.