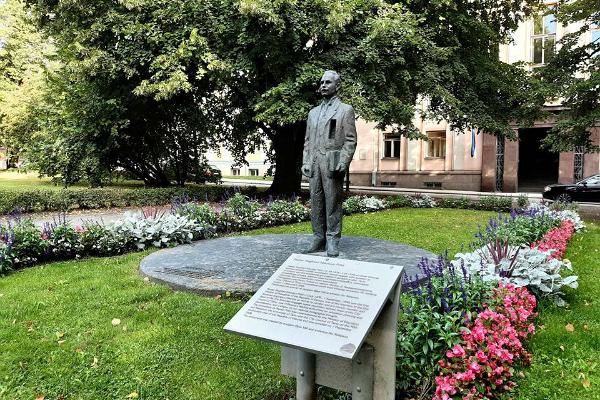 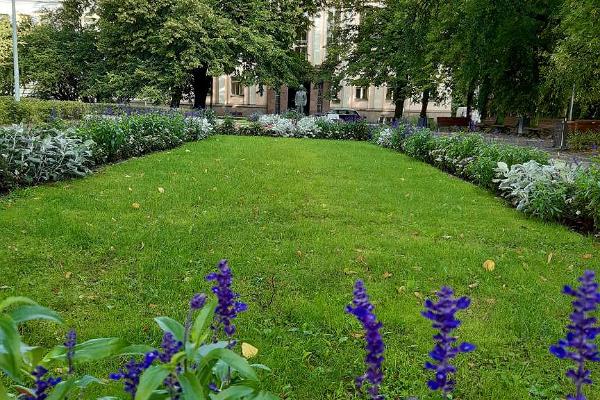 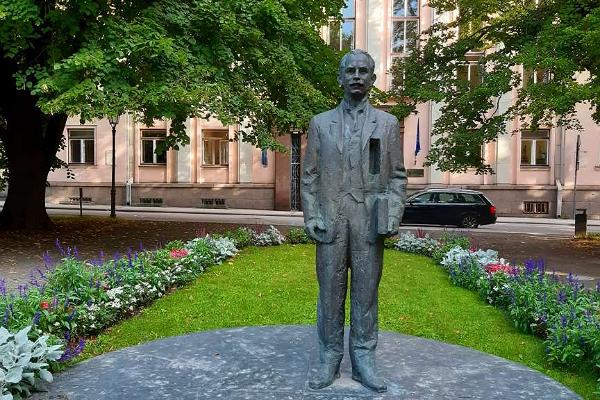 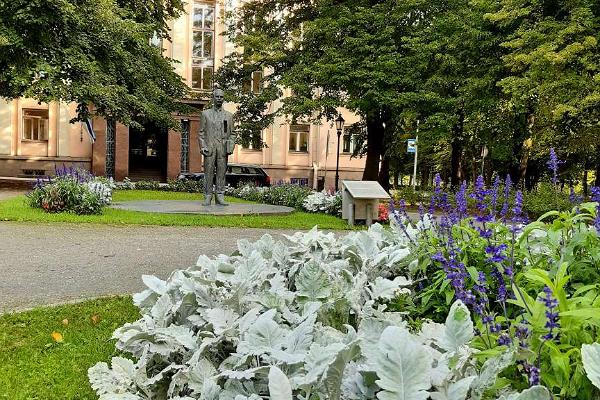 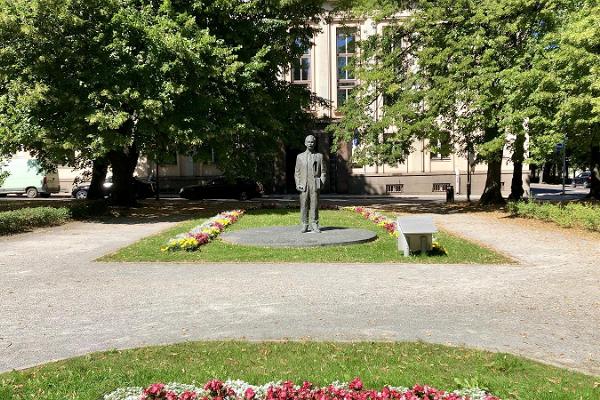 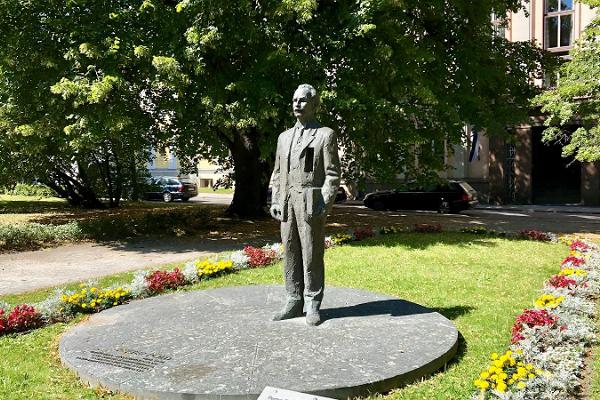 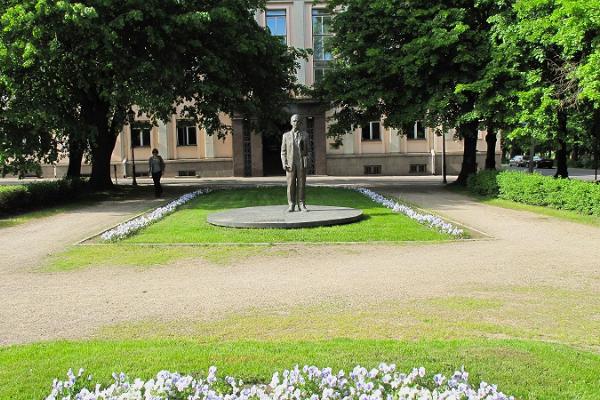 The monument to Peeter Siegfried Nikolaus Põld (1878–1930), the first Minister of Education and founder of the national university of Estonia, the first professor of pedagogy, was unveiled in front of the Ministry of Education and Research on 1 December 2008.
The authors of the monument are sculptor Ekke Väli and architect Ain Rööpson.
Under the name of Peeter Põld Day, student scientific conferences have been organised at the University of Tartu since 2008, and on the same day, the university issues a scholarship named after him.

The monument is located in the park next to the Tartu City Library, on the other side of the road from the park by the Emajõgi River.

Based on 9 reviews | Write a review

Man with a book

Peeter Pyld was first minister of education of independent estonian republic after WWI. It is sculpture with great symbolism that represent that book (knowledge) coming directly from his hart.