Ice road – the symbol of a great Estonian winter

Ice road – the symbol of a great Estonian winter

The main goal of creating ice roads is not to provide a tourism attraction, but to make the lives of locals easier. However, that which may seem usual to Estonians may be surprising, novel, exciting and even shocking or unbelievable for someone from a different cultural space. And ice roads provide unforgettable travel experiences. 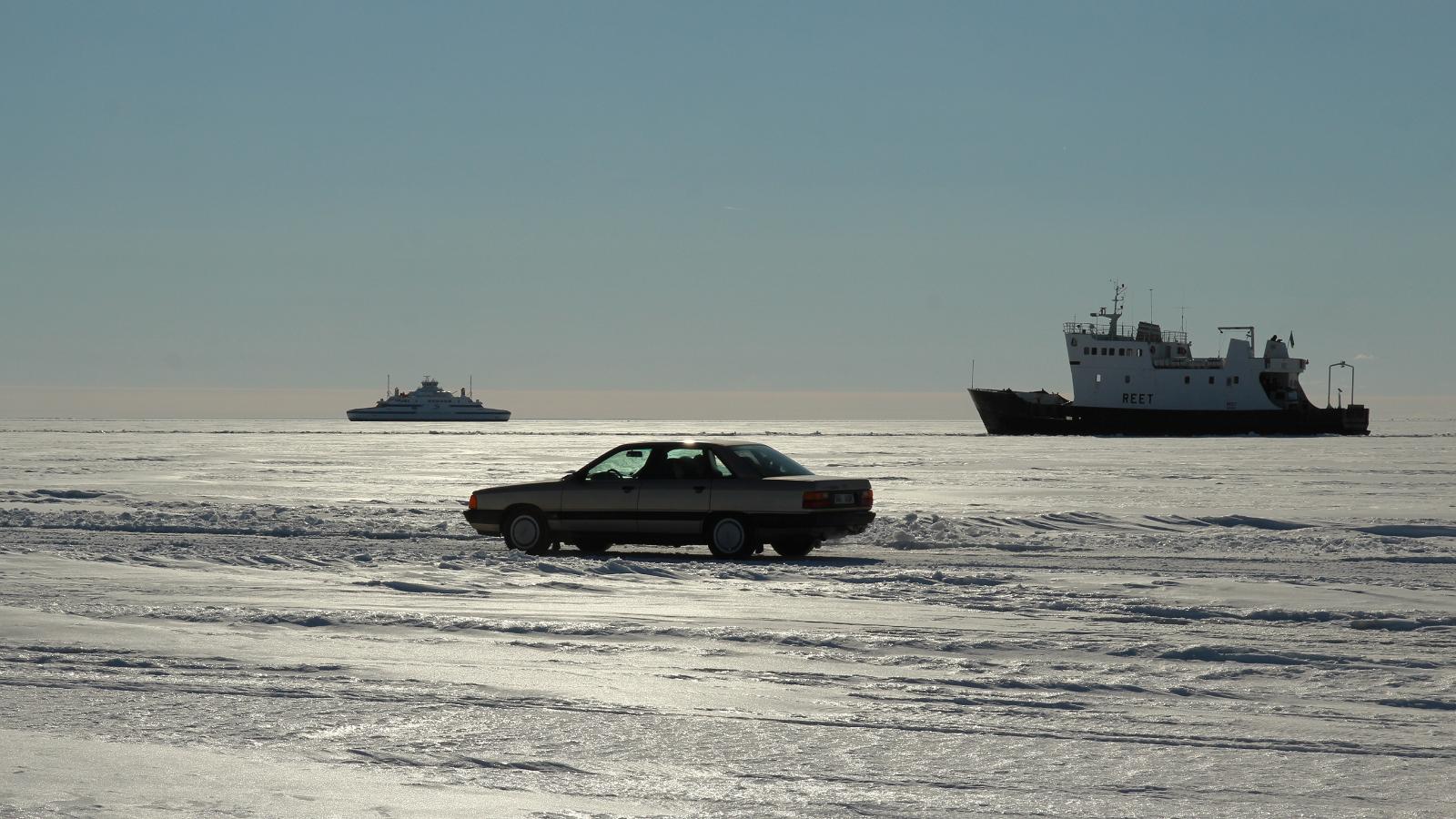 The longest known ice road originating from Estonia was located between Saaremaa and Lübeck in 1323. The longest ice road in Europe is the one between Hiiumaa and Rohuküla on the mainland (24–27 km depending on ice conditions and the exact route).

However, the largest number of cars has travelled via the Haapsalu–Noarootsi ice road. This happened in 2013 when the road was opened for 77 days and used by 19,979 vehicles during that time. The only year when all ice roads were open at the same time was 2011 when a total of 55,663 vehicles travelled across the ice roads.

The Haapsalu–Noarootsi ice road boasts the highest efficiency factor when taking into account the length of the journey, as it enables a route that is 10 km shorter than the route without an ice road.

Ice roads are open for travellers during daylight hours only. The recommended speed is 25 km/h or 40-70 km/h. When driving at a speed of 25-40 km/h, the vehicle may cause a resonance wave that could break the ice.

Ice roads are the only roads on which one should keep their safety belts unfastened. It is important to make sure that all doors of the vehicle can be opened easily. You should never stop your car on an ice road, it is best to keep moving.

Ice that has formed only recently is thought of as the strongest ice. The ice is strong enough to carry a human when it is 5–8 cm thick, for an ice road the thickness has to be at least 20 cm. The maximum gross vehicle weight allowed on an ice road is 2.5 tonnes.

The distance between cars travelling on an ice road should be at least 250 metres, to prevent excessive loads on the ice and potential rear-ending. There have been no serious traffic accidents, neither have any cars sunk through the ice on Estonian ice roads.

Practice your favourite winter sports like skiing and skating or try something new like husky sledding in the sparkling Estonian nature this season.

How to survive an Estonian winter

With some good advice from locals, any visitor can learn how to stay warm and cosy during a winter visit and get the most out of Estonia.

Ideas for a wintertime hike and a tasty picnic in Estonia.

Sail in Estonia on ice

Sailing season for adrenaline junkies and those who just can't stay off the sea. This is sailing on hard-water, also known as ice sailing.