Jõelähtme Church is one of the oldest churches in Estonia. The church was originally made of wood, and it was established during the period of the Danes’ conquest at the beginning of the 1220s. In written records, the Church of Blessed Virgin Mary in Jõelähtme is first mentioned in 1241, and according to the mediaeval administrative system, it belonged to the Tallinn Dome Church.

The present-day appearance of the church has come to being in three major stages, finally acquiring the traditional “triple jump” silhouette group.

Some of the valuable cultural monuments have remained, such as the Renaissance-style pulpit from 1639, and the Baroque altar from 1670. The oldest church bell of the Harju County is also kept at the church. 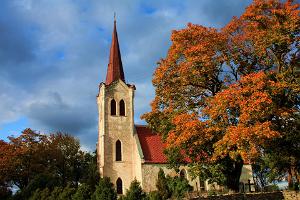 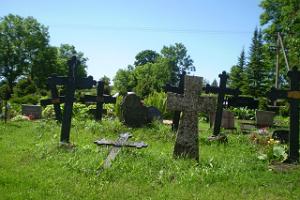 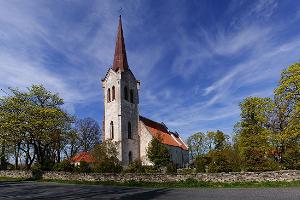