The medieval Kiiu Tower was probably completed in the beginning of the 16th century, and it is located in Kiiu manor park.

This former residential tower is the smallest surviving medieval defensive structure in the Baltic countries. The tower has four floors; the walls are 1.8 m thick, and the inner diameter of the tower is 4.3 m. Narrow windows served as embrasures, the circular balcony was a defence passage.

In the time of war, only the first floor was used as living quarters; the rest was for defence purposes. The defence passage that surrounds the second floor and rests on beams is unique in the Baltic countries.

The defensive structure, which resembles a Dutch windmill from afar, was restored in 1974. The tower also houses a café. 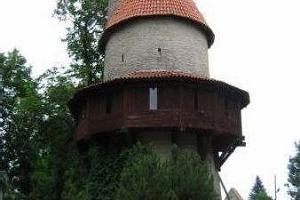 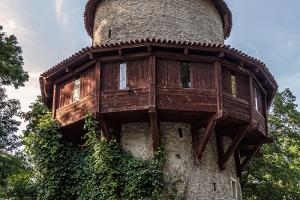