10 most famous lighthouses in Estonia

10 most famous lighthouses in Estonia

With over 3,700 km of coastline, Estonia is a seafaring nation with a strong nautical heritage. Lighthouses dot islands and beaches, historically guiding Baltic sailors to safety. The 500-year-old Kõpu lighthouse is the world’s third oldest in continual operation. At 42.7 m high, the Tahkuna lighthouse in Hiiumaa is Estonia’s tallest. Anyone who loves the sea will be delighted by this tour, as Estonian lighthouses are located on some of the most stunning peninsulas and coasts in the country. Some lighthouses can be ascended and offer panoramic views, while others can be admired from outside. 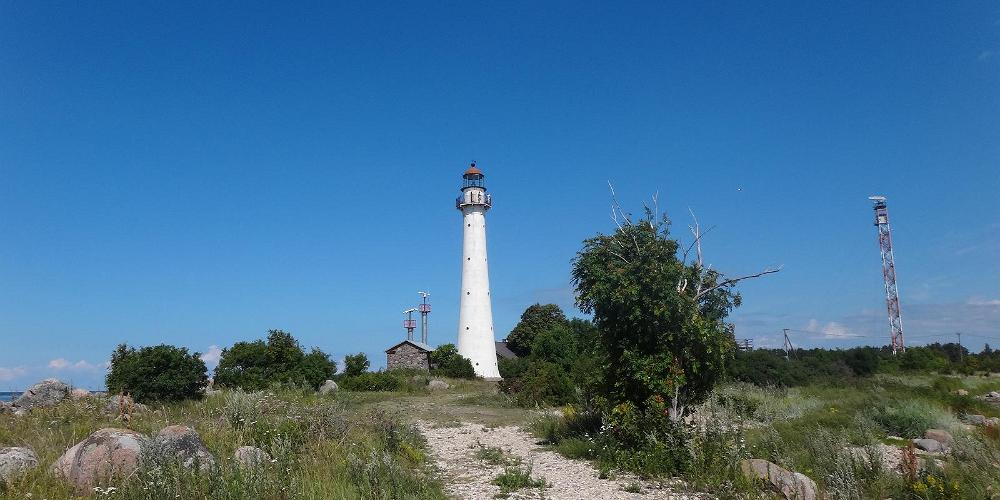 Kihnu lighthouse is situated on the southernmost tip of Pitkänä peninsula. It was brought here in 1864 from England, dismounted, and was reassembled on site. It is one of four cast iron lighthouses that remain standing on our shores. The tower is white, conical in shape and equipped with a lamp locker and balcony. The height of the light from sea level is 31 m and 29 m from the ground. From 2013 it is possible to climb the tower and admire the beautiful views of the surrounding area. Did you know...? *The lighthouse was built at the same time as those of Vormsi and Virtsu and is externally similar to them 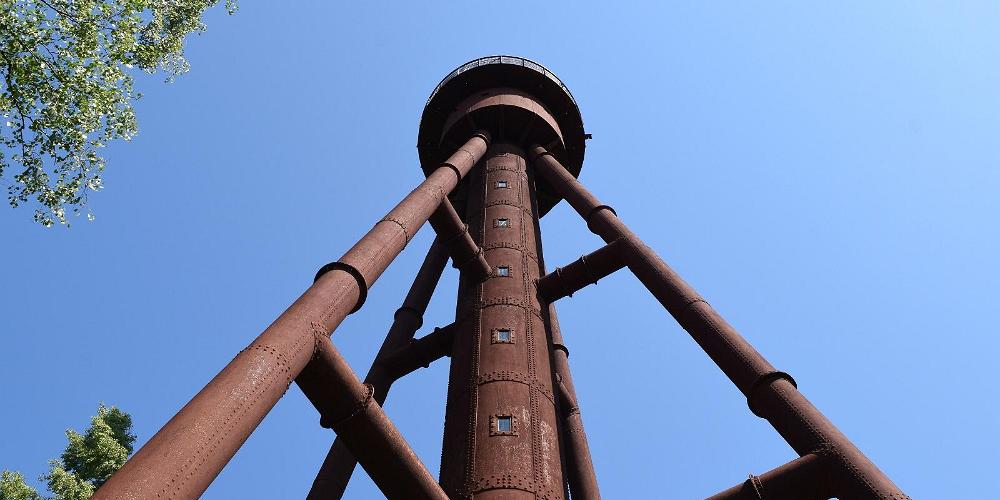 A lighthouse with a red metal cylindrical tower made in the Le Havre plant in France was erected on Håubjärre Hill, the highest spot on Ruhnu Island, in 1877. The metal tower is more than a hundred years old and still in working order. Interesting facts: • the height of the lighthouse is 39.5 metres, 65 metres above seal level • it is the only lighthouse of its type left in the Baltic Sea region • the tower was designed by the same engineer who created the detailed plan of the Eiffel Tower (Gustave Eiffel) 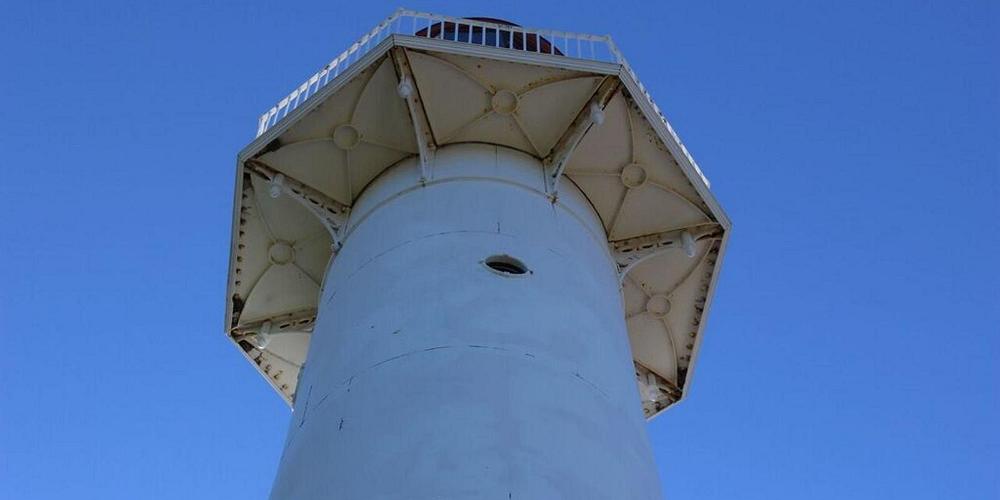 Saxby lighthouse, a.k.a. Vormsi lighthouse was constructed in 1864, and it was the first Gordon system cast-iron lighthouse in Estonia. Parts of the defensive system of Peter the Great sea fortress constructed in the beginning of the 20th century have survived in the forest near the lighthouse. We recommend that you visit the Saxby lighthouse during the day, as well as during a sunset; it is said that the sun sets particularly gracefully in these parts... The lighthouse can be viewed from the outside only. 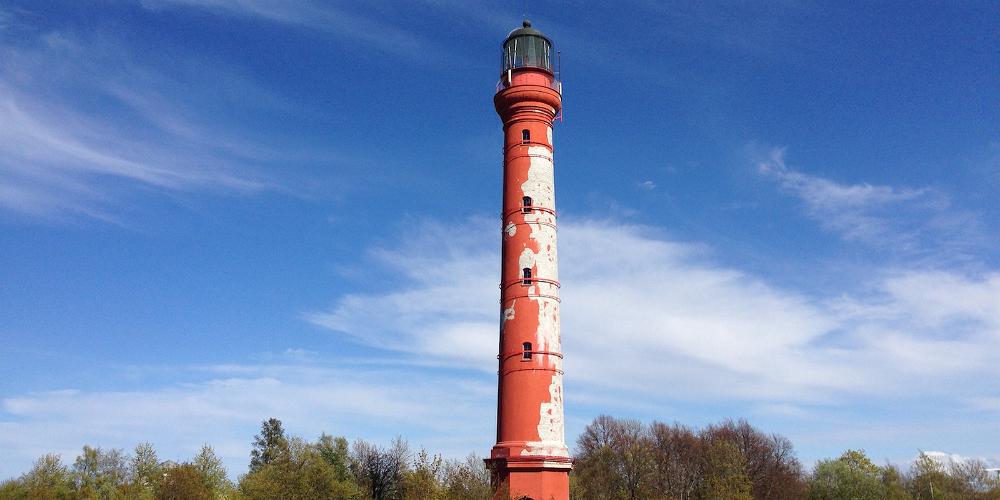 This lighthouse is situated on the north-western tip of the Pakri peninsula on a high slate bluff marking the water's edge of a very important shipping lane along the northern coast. A similar structure has stood here since the time of Swedish rule. A new slate lighthouse was ordered to be erected here by Peter I in 1724. Another, even bigger (48-foot) lighthouse replaced it in 1760 - possibly a reconstruction of the original. A new stone lighthouse was completed 80 metres from its predecessor in 1889. Due to natural collapse of the cliff face, the old structure had ended up too close to the edge and had to be demolished. 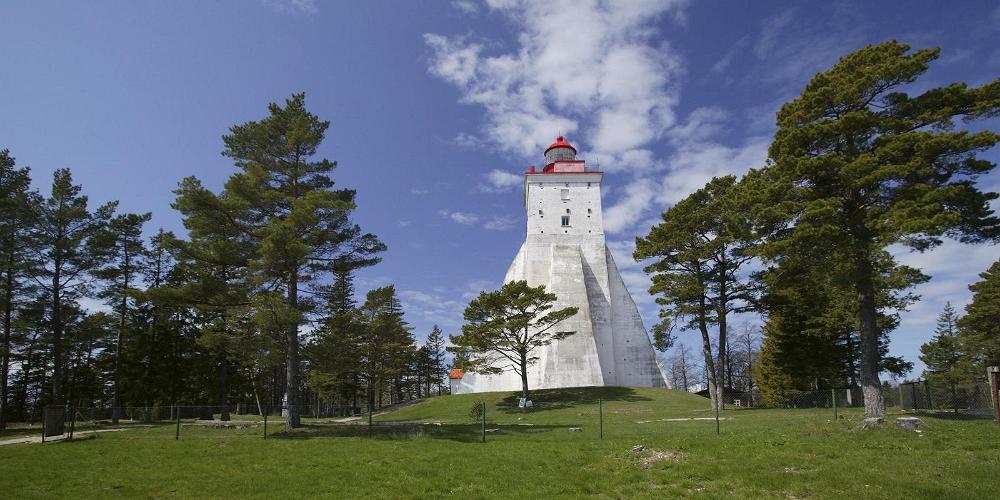 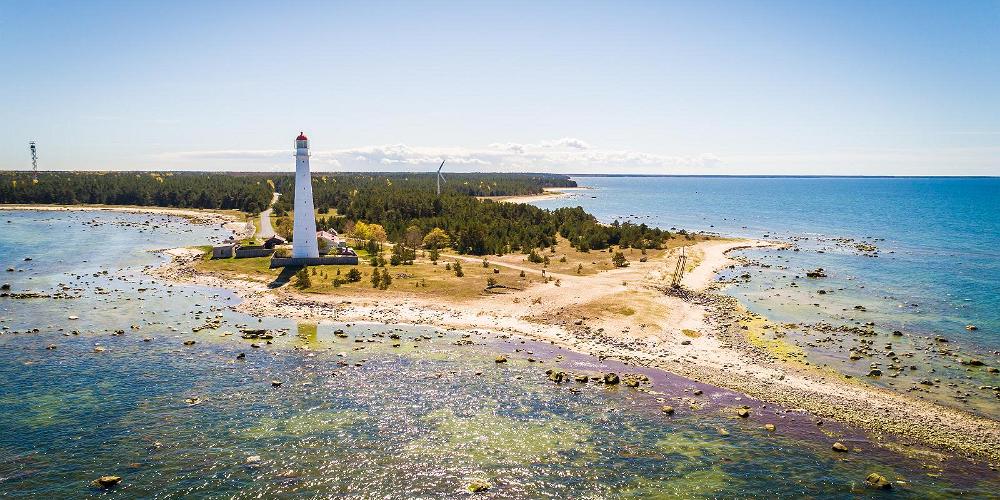 Tahkuna Lighthouse, situated on the north end of Hiiumaa, is a cast-iron lighthouse which's construction started in 1873. Assembled of cast iron parts, utilising the so-called Gordon system, it was created with prefabricated details. The details were easy to transport, making this tall tower rather easy to build. Did you know...? • The lighthouse was bought from the world exhibition of Paris in 1871 by Czarist Russia • It is Estonia's tallest lighthouse - 42.7 m above sea level 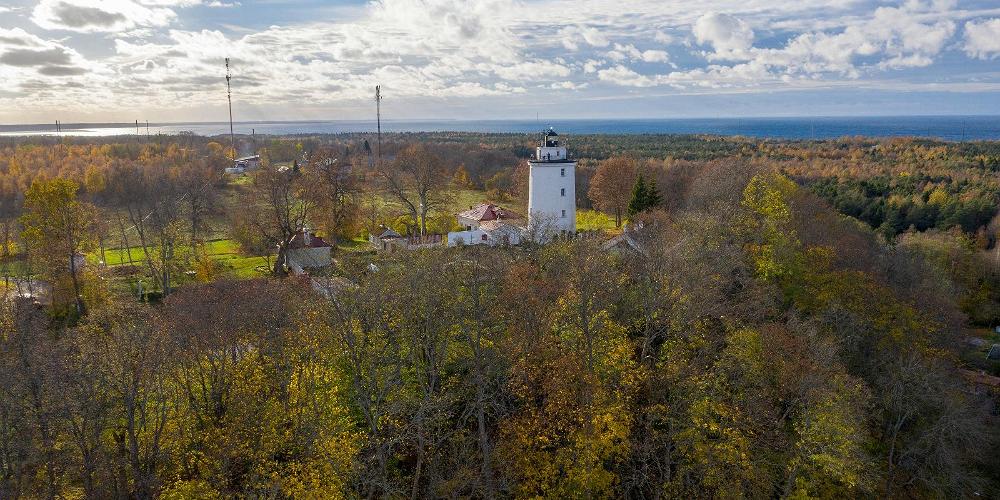 The upper Suurupi lighthouse is open from May 2017! The cylinder-shaped lighthouse made from limestone was built in 1760 to make it possible for ships to find shelter from storms between Naissaar Island and Suurupi. The lighthouse is surrounded by a walled campus from the 1890s. The lighthouses and campuses are under state protection as cultural monuments and together, they show the way to the ports in Tallinn. The bottom Suurupi lighthouse is currently closed for visitors and can only be observed from the outside. The gable-roofed tetrahedral wooden lighthouse, shaped like the frustum of a pyramid, was completed in 1859. The lighthouse is included in the UNESCO World Heritage list. 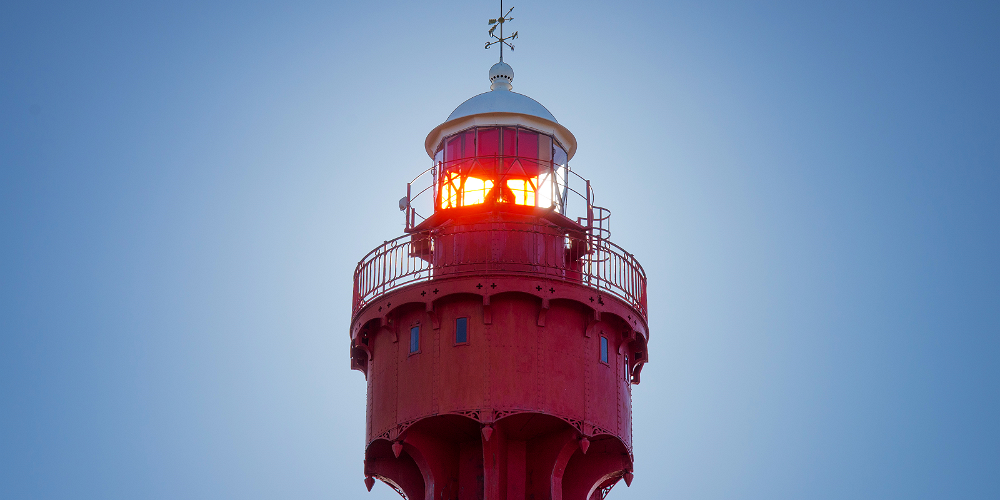 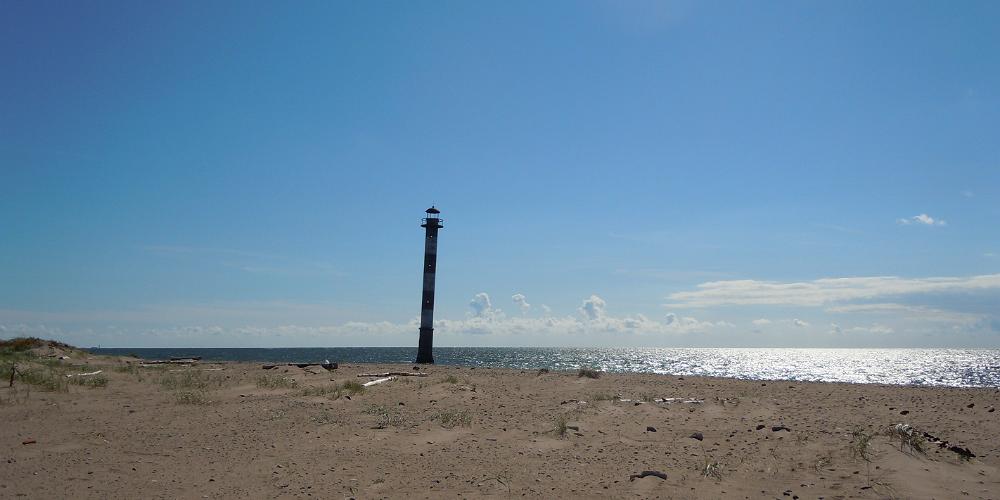 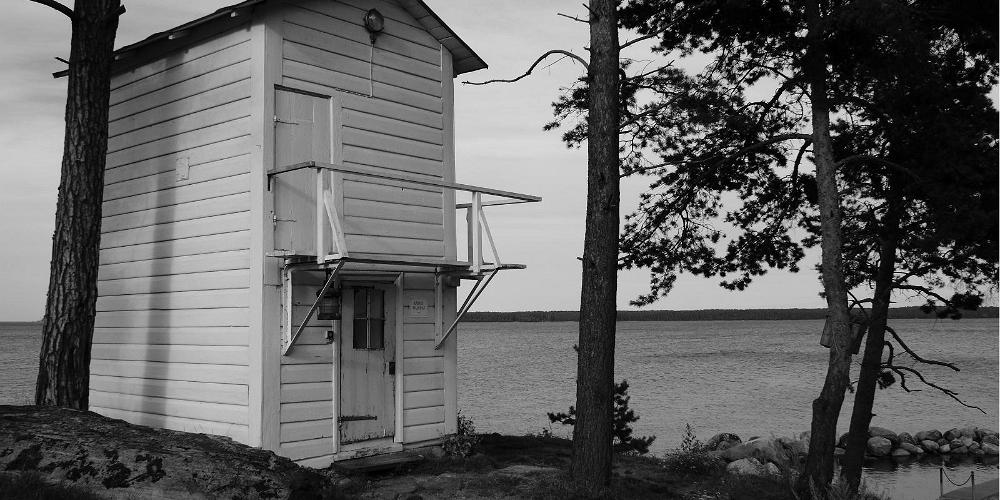 Käsmu Lighthouse or Beacon, located at the tip of Käsmu Cape, was built in 1892 with the help of donations. It is one of the two preserved wooden lighthouses in Estonia. Käsmu Lighthouse was built on the initiative of the Käsmu Maritime School to make sailing into the home port easier, especially in autumn. As of summer 2013, the Lighthouse is open for visitors as a museum.

There are more than 2000 small islands and islets in Estonia’s waters, most of them on the western coast and Väinameri (Belt Sea).

On Pakri islands you will encounter a diverse landscape with exposed limestone and glacial boulders, and the Soviet era military structures